From Green to Zero Net Energy

With all the promising news and signs in our neighborhoods of net zero homes, it’s easy to think that with a few more green technologies that we can simply build and renovate our way out of environmental concerns. But along with the damage already done by the mass release of carbon over the years and decades, there’s bound to be ongoing stress on the local and regional ecosystems due to land-use policies.

We were already familiar with the issue, but this online story caught our attention. Pardee Homes San Diego was talking about Weston, its latest, large-scale development project in Santee, California. Every single one of the four-neighborhood, 415 homes in the four neighborhood tract will have the option to purchase or lease their solar power. This is widely expected to become the state-mandated norm, as all new home builds must be net zero ready by 2020.

Higher-than-ever construction and material costs are making it harder to build new, affordable homes, but meeting energy-efficiency standards is no longer a significant financial hurdle. While the construction costs are higher, on average, to build a net zero, by the time you figure in utility savings and higher property value on the home, the owners usually come out ahead and the extra costs are easy to absorb into the mortgage. 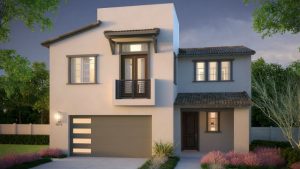 But what really stood out to us is what Division President Jimmy Ayala said at the end of the article, “When [Ayala] looks at the time it took to start framing and building at Weston, he attributes much of the cost to delays in acquiring land and getting permits. The lack of density, and a scarcity of building permits and new land for construction, are much bigger hurdles to building future housing in California than energy efficiency mandates.” This isn’t just a problem in SoCal. All around the country, we’ve become “a nation of suburbs.”

What kind of land-use trade-offs are we talking about here locally? The examples are nearly endless, but one of the biggest trade-offs facing Southern California is what to do with the Salton Sea and Colorado River water in terms of diverting the water for crop production or new geothermal power plants. Choosing between energy production and food output is becoming an increasing common issue due to poor land-use management that has persisted for decades in both rural areas and population centers throughout the state. Choosing whether to deliver power or food to Southern California and San Diego demonstrates why as important as net zero home building has become, it doesn’t necessarily solve the issue of land-use.